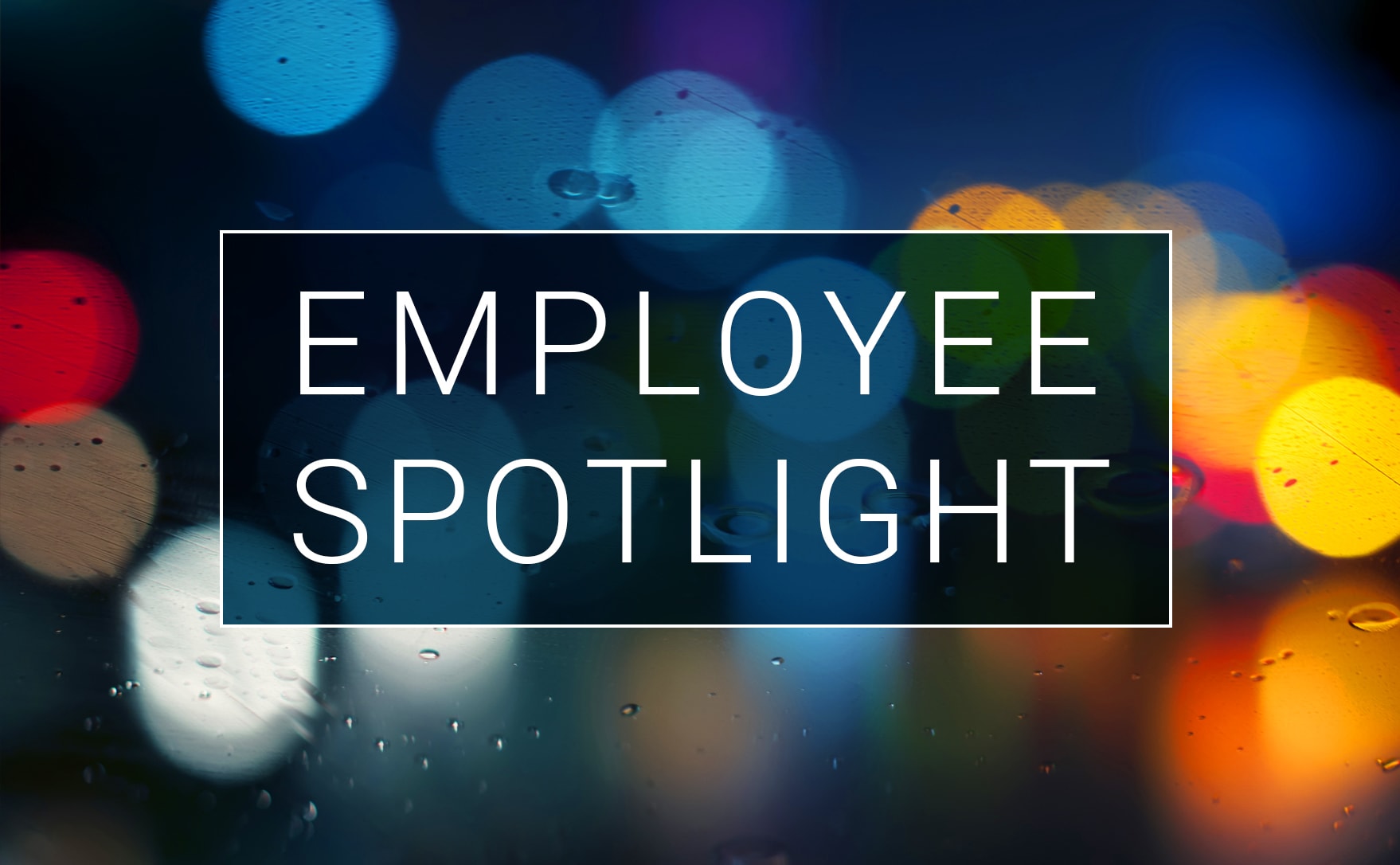 It takes a lot of dedicated people to ensure that our ferries run on time, safely and efficiently. One who you’re likely to have seen, since he has held most every position aboard our seagoing vessels over the course of 32 years, is Captain Chris Myers. Chris Myers is Interstate Navigation’s Port Captain, and we think it’s time to shine a spotlight on him. Come along for the ride!

HOW DID HE GET HERE?

Before Chris worked for the Block Island Ferry, he graduated from the University of Rhode Island and worked for a passenger vessel operator, Oldport Marine Services, Inc., in Newport and Block Island, Rhode Island. While frequently piloting the harbor launch  in Great Salt Pond, Block Island, he decided that it was the spot he wanted to be. So, he checked to see if Interstate Navigation had any jobs, and the rest is history. Starting as a deck hand in 1990, Chris then trained and became a relief engineer in the engine room. Since he already had his  lower-level captain’s license, he worked to upgrade it and became eligible to sail as mate or captain of larger seagoing vessels. Chris went on to work 8 years as a Mate on the passenger/vehicle ferries. The first ferry he captained for us in 1998 was the Ferry Nelseco, a traditional ferry from Providence to Newport to Block Island. In 1999, he went on sail full time as Captain of the M.V. Anna C from New London, CT to Block Island. He has gone on to captain every boat in the current fleet! In 2004, Chris moved into management as Captain Matt Rooney’s assistant. After working closely with Captain Rooney, who retired this past November, Chris took the position he has today, as the Operations Manager and Port Captain for Interstate Navigation.

WHAT DOES A PORT CAPTAIN DO?

As the Port Captain for Interstate Navigation, Myers’ job is to ensure the safe operation of all the ferries and maintain regulatory compliance with federal and state agencies, like the US Coast Guard, US EPA, and the Rhode Island Department of Environmental Management. He strives to ensure a very straightforward and dependable year-round service, that serves the community of Block Island.

What does a day in the life look like? Well, each morning, he meets with Brian Cox, the Vessel Personnel Manager. He speaks with the on-duty ferry captains and boat crews. He reviews weather conditions and determines whether the ferries should sail, and whether we should limit certain vehicles or cargos to minimize risk (Block Island has strong north-easterly winds that keep us all on our toes from time to time). He works on logistics, such as procurement of materials and supplies for marine safety, coordinating all communications with the US Coast Guard, and scheduling inspections of each ferry 2-3 times per year; checking the roster of transport trucks and determining if they can go that day; arranging for hazardous cargo trips (which happen several times a month); and monitoring the vessel fuel schedule. He also represents the Ferry  at the USCG Port Safety Forum, a group of Port Managers and vessel operators from Cape Cod to Westerly, who meet and share experiences, best practices, and information.

All of the above duties sound very serious, which is as it should be. But if you ask Chris what the best days at work look like, he’ll tell you that any day he gets to go out on a boat as Captain is the best. He reminisces about an old route from New London, Connecticut, to Block Island.

“It was a good time to leave New London in the morning, go out the Thames River, and head East through Fishers Island Sound, past Watch Hill Lighthouse, through Block Island Sound, and around the north end into Old Harbor. It was a 2-hour trip with beautiful views and happy people.”

When he’s not on a boat, you can find Chris happy in the company of his family; wife Janet, daughters Julia and Olivia, and 2 Old English Sheep Dogs, Casey and Kelsey.

There are far too many funny stories to tell from the course of Chris’s career, however there was one recurring scenario (like the experience found in the Bill Murray movie “Groundhog Day”) that stands out:

“When I served as Mate of the M.V. Anna C  for several summers under Captain Lou Tew on the New London to Block Island ferry run, we would encounter the ferry Cape Henlopen every single evening upon our approach to New London. Both vessels arrived in New London at the same time, and both vessels were entering the Thames River; the Cape from the West and the Anna C from the east, converging on the same channel, and invariably one vessel would need to give way to the other. On most evenings, the Anna C would win (as she was the faster vessel), but Captain Lou was always professional, confident, and amusing in victory, in his easy-going style with his Southern accent and mannerisms (He was a native of North Carolina). When he did give way to the larger Cape Henlopen, Captain Lou did so graciously and ALWAYS with a witty remark that left us, his crew, laughing well into the evening. Lou Tew always made it look easy and made us laugh in the process.”

We’re lucky to have known Chris for this long, and we hope he feels the same way about us! We’ll leave you with these words from Chris:

“It’s important to have fun while you’re at work. Fun is cracking a joke, telling a funny story or experience while standing on the deck, having a sense of humor and laughing, and being able to laugh at yourself. Remember to laugh. Make time for that.”

We agree! Pack your funny bone… and Sail Away (safely) 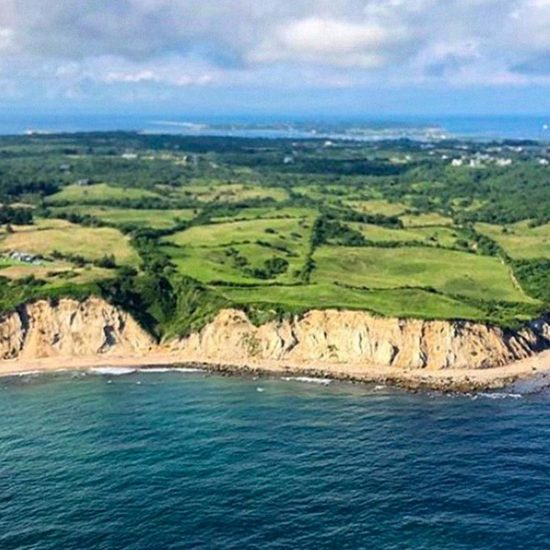 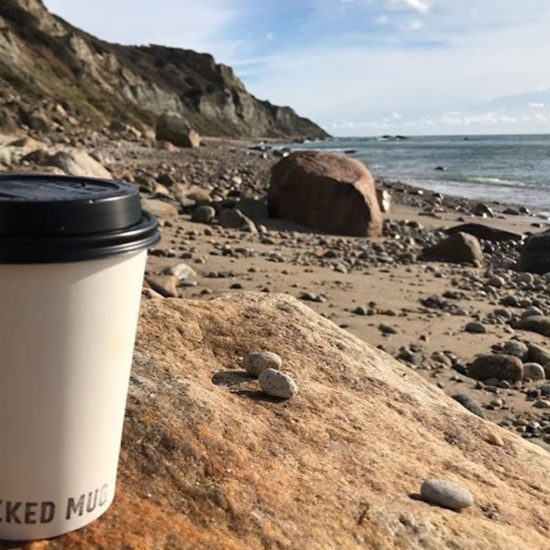