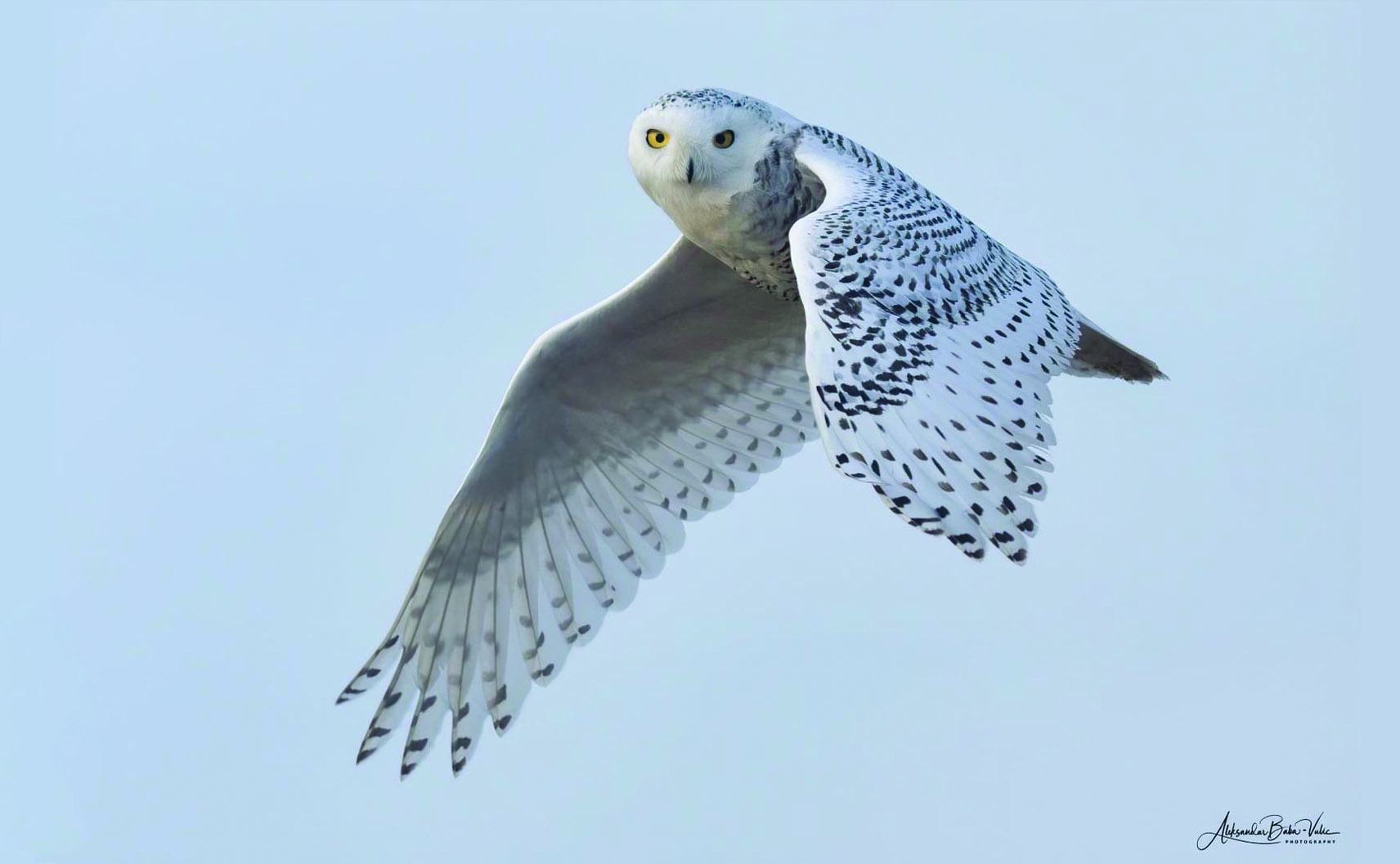 THE SNOWY OWL ON BLOCK ISLAND

Did you know that on Block Island, mysterious visitors from the Arctic have been arriving each year? With their yellow eyes, snowy plumage, an up to 4 foot wingspan, and sharp black talons, they are exciting to spot. We are talking about that favorite of birders: the Snowy Owl.

THE SNOWY OWL IS A LOOKER

Their size and unique features, make for a truly striking appearance, even by owl standards! The most famous Snowy Owl is probably the one who played Hedwig, Harry Potter’s delivery owl. With its mostly snowy white plumage, it was a mature male. Young males and females show bars of brown, which stipple the white plumage on their wings and body. The males’ plumage becomes whiter over time. The feathers themselves are quite plentiful and thick, for warmth in arctic weather. The weight of this warm layer of feathers makes the Snowy Owl the largest owl in North America, by weight. A full grown Snowy Owl requires 7-8 rodents a day (90% of their diet is lemmings) to stay healthy. A mature owl eats more than 1,600 lemmings a year, and will also eat other small mammals, birds, and even fish.

Snowy owls spend their summers on the treeless Arctic tundra, hunting almost constantly during the long summer days, which have up to 24 hours of sunlight. There, they make nests on the ground, scraping out shallow depressions in which to nest and lay their eggs, 3-11 at a time. In early November, they migrate to some Northern parts of the United States, where they look for wide open spaces with good eye-line of sight, like they are accustomed to at home. They prefer to perch, and sit for many hours, observing the area around them for prey. They have excellent vision and hearing, and once they locate a vole, lemming, other small mammal or bird, they will move quickly, flying–or even running–then pouncing, and downing their meal with a single snap. Snowy owls are hard to track because they don’t always migrate to the same place at the same time. Their numbers seem to be declining, but researchers aren’t sure of the cause.

WHAT TO DO IF YOU SEE ONE

To spot a snowy owl, go to an area with wide open, flat or gently hilly spaces, like a beach, marsh, grassy field, or even airport. Scan the ground or slightly raised areas for a pattern interruption that looks like a crumpled bag or dirty snow… and it could be a Snowy Owl. If you are lucky enough to spot one, keep your distance, using a telephoto lens for any pictures, and avoiding flash photography. The goal is to have the snowy owl ignore you… If it stands straight up and looks at you, or moves away, you were too close. Snowy owls are usually trying to sleep during the day, so move more slowly and quietly than you usually would.

Snowy owls are active at dusk and into the night, so if you’d like to see them in action, look for them closer to the evening. These graceful birds leave town in April, so winter is a good time to seek them out. Just another magical Block Island experience, that could be yours! 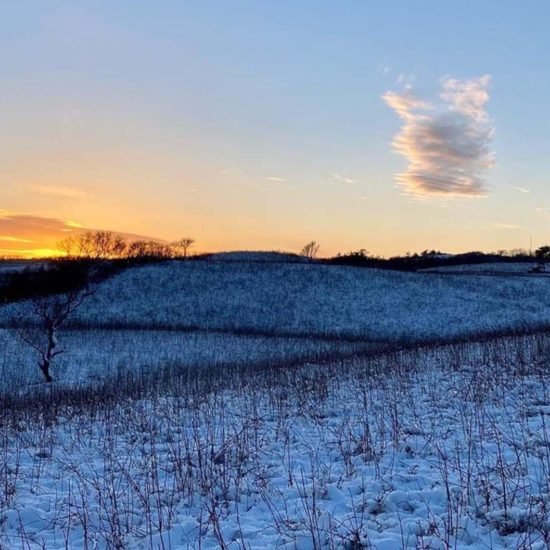