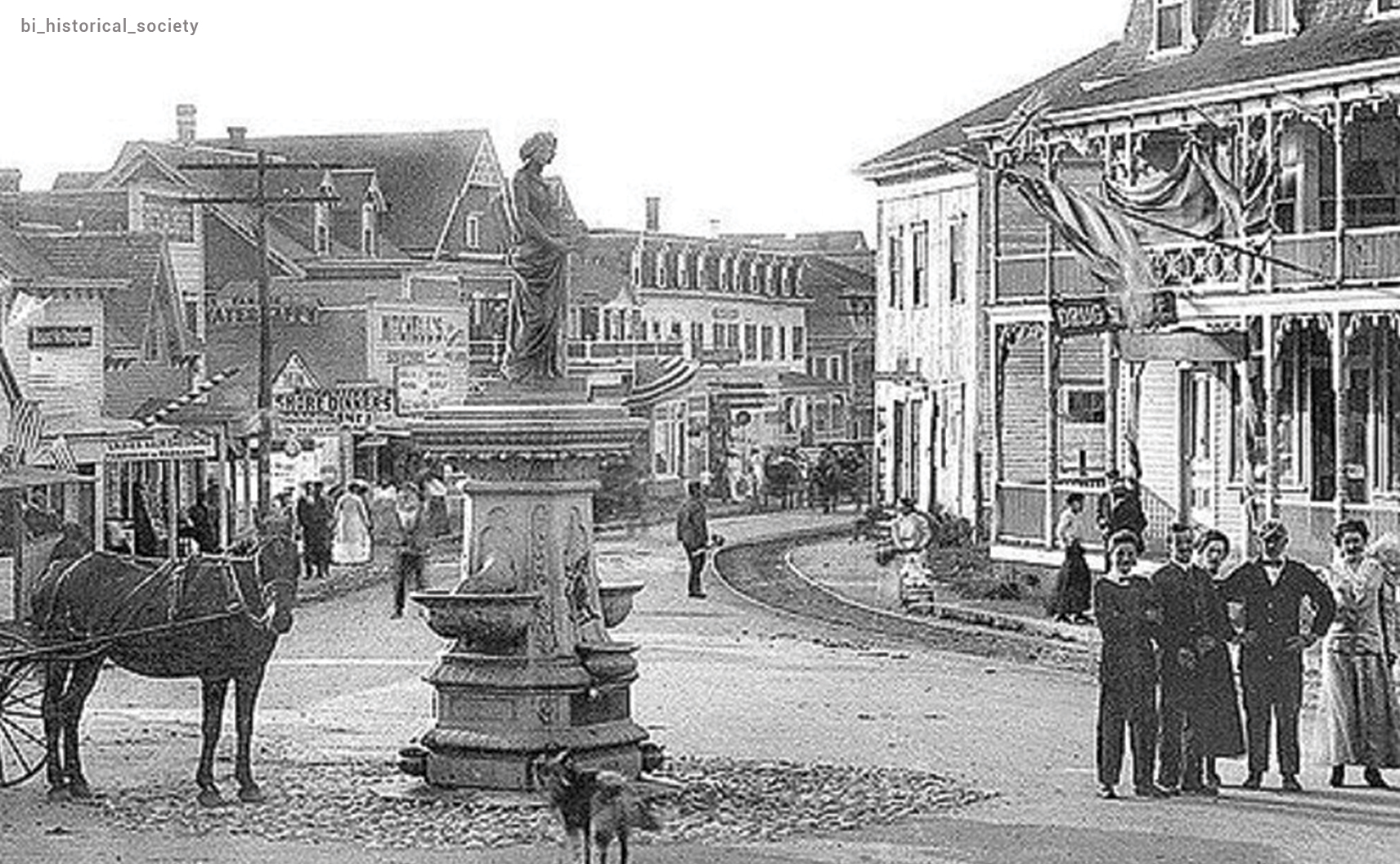 In the center of the Old Harbor traffic circle, you will find one of Block Island’s most recognizable landmarks: the Statue of Rebecca. When you exit the ferry onto Water Street, this young woman will greet you as you explore the interior of the Island from Spring and High Streets. Often photographed and regularly decorated for various celebrations, Rebecca is a staple of New Shoreham.

But who is she? Why erect a statue of her in such a prominent spot on the Island? And is she really who she seems?

“A SOBER AND PURE WORLD”

In the late 1800s, the Temperance Movement was starting to build steam in the United States. Along with creating programs that promoted sobriety, many of the local chapters of the movement began erecting drinking fountains for the local citizens. It was believed that the lack of clean drinking water was leading some people to quench their thirst elsewhere, specifically from a bottle.

These Temperance fountains began popping up around the country including Union Square Park in New York, Boston Common, and even in downtown Pawtucket, RI. Not to be left out, the Women’s Christian Temperance Union of New Shoreham also wanted to erect their own fountain on the island.

On July 22, 1896, the WCTU officially dedicated and opened “Rebecca at the Well” in Block Island. The zinc figure wore a flowing toga with grapes in her hair. The jar she held directed the viewer’s gaze down to the fountain below where they could get a clean, non-alcoholic drink. The statue was meant to depict a story from the Book of Genesis where Rebekah became the wife of Isaac by providing water to him and his camels.

BROKEN PIPES AND LAYERS OF PAINT

As time passed and the Temperance movement came and went, Rebecca began showing signs of wear and tear. The first thing to go was the plumbing to the fountains. Then she started losing her luster. If you speak with anyone who lives near the ocean, you’ll find out that the sea is harsh mistress when it comes to facades. Between the salt air, New England weather, and the passing years, the statue was being held together by the layers of white paint applied to keep Rebecca looking fresh year-to-year.

REPLACEMENT REBECCA… OR IS SHE?

Around 2001, it was decided the existing statue could not hold out much longer. New Shoreham commissioned a replacement Rebecca to be made to swap out with the original. The original statue was removed in April of that year and sent to a Newport conservation company. There, the original was stripped down and a plaster mold was created to make an aluminum copy. The new statue was erected in December 2001.

An interesting piece of information came out of the restoration process, though. If the fountain was meant to depict a woman from the Bible pouring water, why does she have grapes and leaves in her hair? Upon further research, it was determined that the statute’s subject may not be Isaac’s wife, Rebecca, but rather Hebe, cupbearer and wine server to the gods of Olympus. New Shoreham’s symbol of sobriety might have actually been the original bartender to the gods!

The original Rebecca is not lost, though. If you would like to see the original statue, go on down to the Block Island Historical Society where she can be found in the West Gallery.

Block Island has such a rich history worth learning about. So go explore, ask questions, and go back in time! 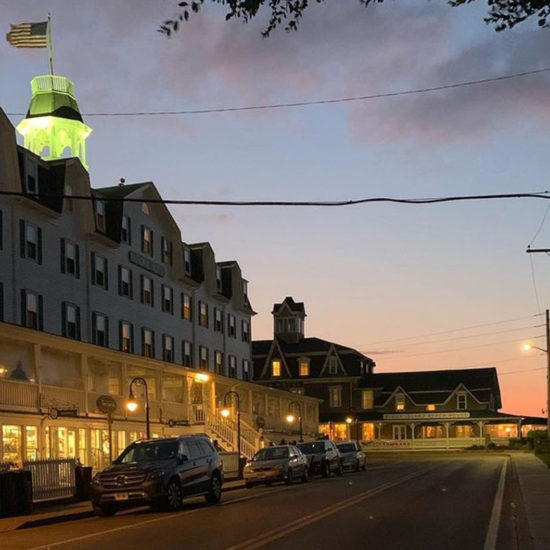 5 PLACES FOR ART ON BLOCK ISLAND 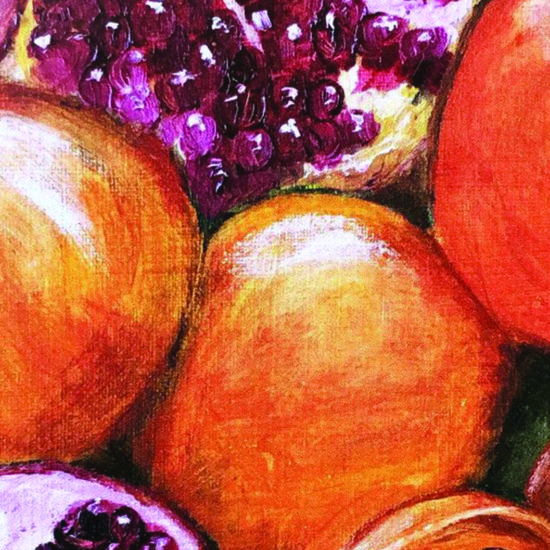