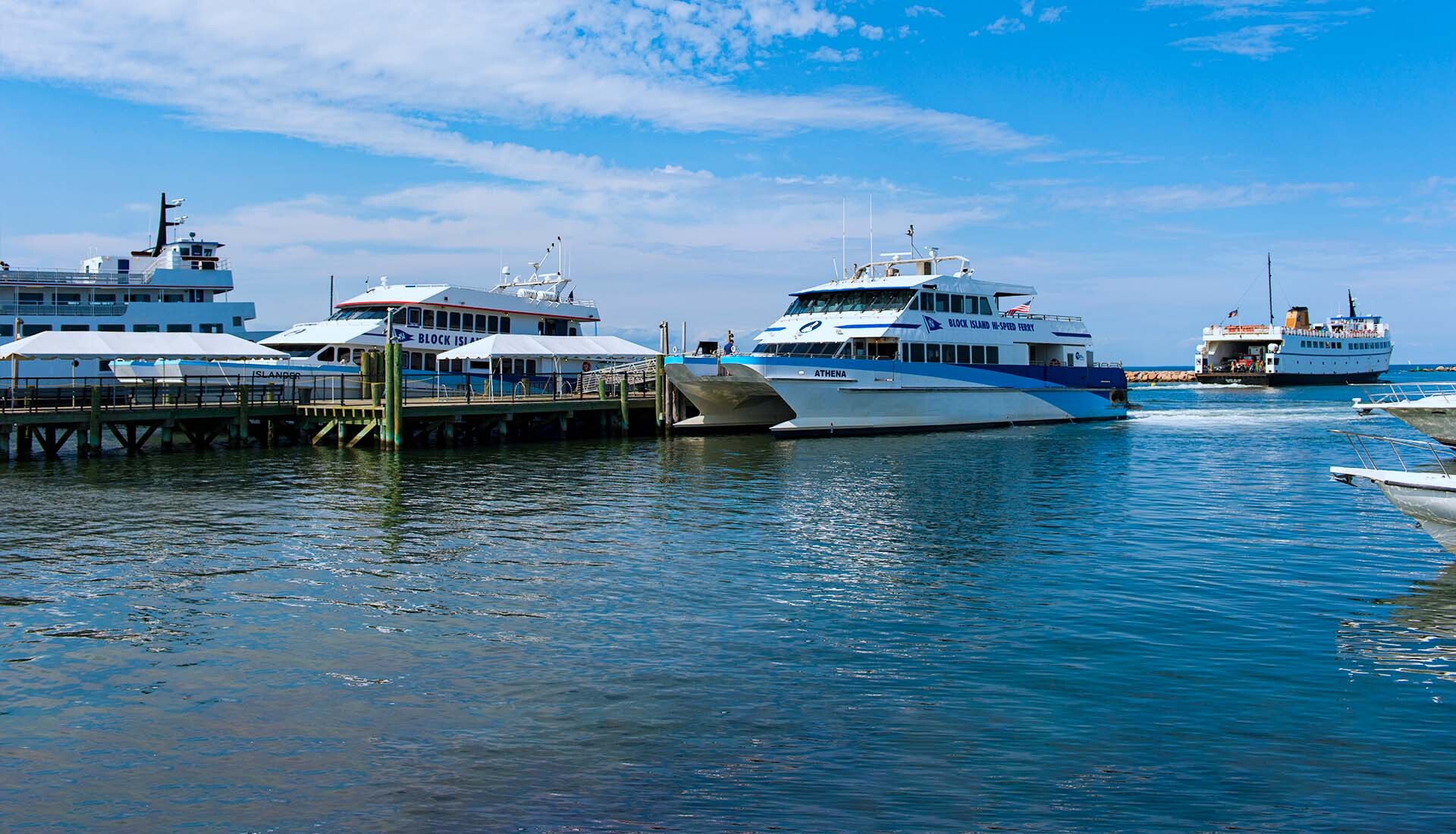 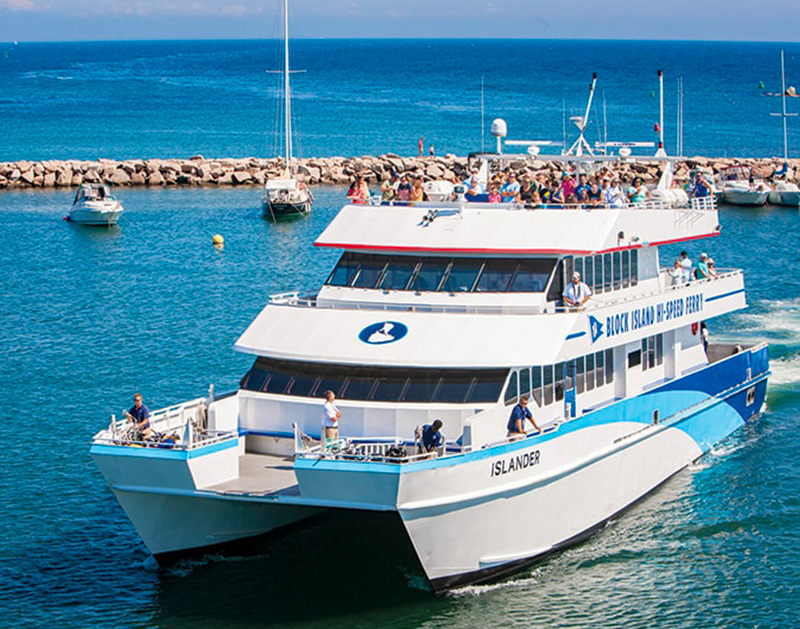 The high-speed ferry ISLANDER was acquired by Interstate Navigation in the spring of 2012.The Company acquired ISLANDER with the intent of establishing a high-speed ferry service from downtown Newport, RI to Old Harbor, Block Island in half the travel time, of the former traditional ferry Nelseco (1 hr. vs. 2 hrs.). The aluminum catamaran was constructed in 2000 by Yank Marine, Inc. of Tuckhoe, NJ, and was designed by Blanke Marine Services, Inc. Interstate Navigation purchased the vessel after she was dry-docked at a shipyard in Savannah, GA. During the winter of 2012/2013, Interstate engaged in a complete refurbishment of the vessel’s hull and superstructure, and a complete rebuild of the propulsion and vital systems. The ISLANDER was delivered to New England in June 2013 and began passenger ferry service to Block Island. Under her former ownership, the vessel operated extensively as a commuter ferry between New Jersey & New York, and then later as a ferry on inter-island routes in the U.S. Virgin Islands. The vessel is powered by (4) Caterpillar 3412E marine diesel engines, coupled to Hamilton Waterjets and delivering a total of 4,400 HP with a service speed of 28 knots. The ISLANDER is USCG Subchapter “K” certified, 90 feet in length, breadth of 32 feet, 96 gross tons with a passenger capacity of 300. The air conditioned/heated passenger cabins on the vessel feature a food and beverage concession, LCD flat screen satellite televisions, comfortable airline style seating as well as limited table and bench seating. The wheelhouse features state of the art navigational equipment as well as full electronic control of the engines and associated systems. The vessel is accessible for passengers with disabilities or requiring assistance. The exterior decks of the vessel feature bench seating on all sides of the cabin, as well as the uppermost deck. The passenger ferry ISLANDER operates a full seasonal schedule with several departures daily from Perrotti Park in Newport and Block Island beginning in June and running through Labor Day weekend.